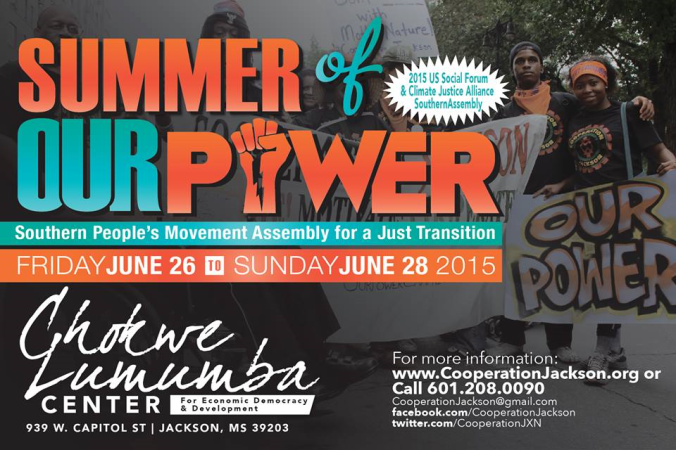 The Southern People’s Movement Assembly for a Just Transition will usher in the Climate Justice Alliance’s Summer of Our Power this June, over three days inJackson, Mississippi.

Cooperation Jackson invites the people of Jackson, the state of Mississippi, and the Southern region to join us for the Summer of Our Power People’s Movement Assembly, which is a Climate Justice Alliance and US Social Forum Assembly on Friday, June 26th through Sunday, June 28th, 2015 at the Chokwe Lumumba Center for Economic Democracy and Development located at 939 W. Capitol Street, Jackson, MS 39203.

This Assembly will focus on how to broaden and expand the southern movement for climate justice and a just transition. Space for this Assembly is limited. Priority will be given to Southern based organizations and individuals and organizations affiliated with the Our Power Campaign, the Climate Justice Alliance, the Grassroots Global Justice Alliance, the US Solidarity Economy Network, the US Federation of Worker Cooperatives, and the Reinvest Network.

Climate change is not a looming future threat, it is a clear and present danger, and it is already threatening the livelihoods, living conditions, and life chances of historical oppressed peoples and the working class throughout the South.

From the inhabitants of the coastal lowlands of the Gulf who are witnessing the sea reclaim the land and watching their livelihoods, lifestyles, and ancestral homelands disappear along with it; to the midland farmers and harvesters of the region who are dealing with the rapid flora and fauna change and steady, but growing disruptions to the harvesting and growing seasons, the South is already feeling the destructive impact of climate change. There are also thousands who are beginning to suffer from infectious diseases, old and new, that is beginning to thrive in the region as a direct result of climate change and the havoc it creating to the ecology, like the Nile virus and deadly Amoebas. 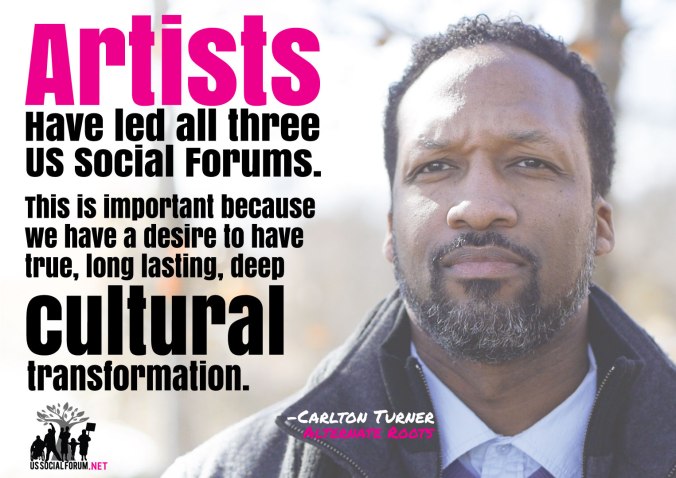 The South is also one of the global epicenters of the petro-chemical driven extractive economy, which is at the heart of the capitalist-imperialist world system, and the primary cause of climate change. Oil, natural gas, coal, rare earth materials, lumber, and mass mono-crop, meat and fishing industries are the bedrocks of our regional economy. The South also bears the brunt of the deadly by-products of the extractive industries in the form of environmental racism and the extremely high prevalence of toxin induced cancers, birth defects, learning disabilities, and respiratory diseases that afflict the region.

We have to end the region’s dependence on the extractive economy in a manner that ensures that the workers, families and communities that are dependent on these industries for their livelihoods are not abandoned and disposed of. And deeper still we have to defend Mother Earth – our survival as a species and the species we depend upon require it.  In order defend the Earth and avoid ecological collapse, we have to eliminate the capitalist socio-economic system that is destroying our planet. Eliminating a socio-economic system requires a profound mass movement that changes socio-political systems AND alters human behavior, particularly the behaviors that guide our collective choices about who decides what we produce and consume, what we produce and consume, why we produce and consume it, and why what we produce and consumed is distributed in the unequal and inequitable manner that it is. In effect, we need a mass movement for a Just Transition and we have to build it!

Learn more, and register for the movement assembly at the website of Cooperation Jackson.

Summer of Our Power: Southern PMA for a Just Transition

Registration is $50 per person and covers onsite meals.

Local day-by-day rate are as follows

Open Plenary 6:30 – 8 pm “What is a Just Transition? And how do we bring it about?” Presenters Include:

Accommodations: We recommend the following hotels.

Please note that there is another major conference occurring in Jackson this weekend, COMICOM, which is expecting several thousand people and is starting to occupy most of the cities hotel space. So, please make your reservations immediately!

*Housing is also available at Jackson State University. However, payments have to be made upfront and accommodations are gender based. The rate is $35 per bed in a shared room. All guests planning on staying in the dorms have to pay Cooperation Jackson upfront with registration. Total registration for individuals staying in the dorms is $120 ($70 for 2 nights in the dorm – Friday and Saturday with Sunday checkout).

Food/Meals: We will be providing breakfast snacks, lunch, and dinner to all registered participants (please note that we will base our food prep counts by registration figures amassed by Sunday, June 21st). Vegetarian/Vegan options will be available on a limited basis.

Transportation: Cooperation Jackson will provide limited transportation to and from the hotels. However, visitors should come prepared to make their own travel arrangements given the limitations with public transportation in the city. We recommend that groups rent your own rental cars and rent them early.

Spanish translation and limited translation equipment will be available for Spanish speakers. Please note however, that the event will be English dominant. We apologize for the inconvenience, but the struggle for linguistic democracy continues. 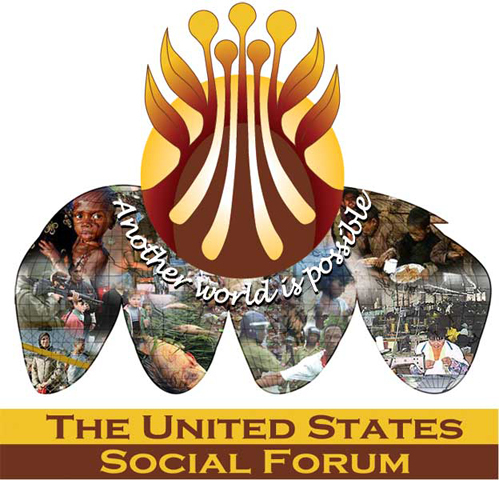 From June 24 to 28, 2015 thousands of people and organizations will convene in Philadelphia, PA, Jackson, MS and San Jose, CA for the third US Social Forum to host convergences, Peoples Movement Assemblies, and workshops. We will collectively develop peoples’ solutions to the economic, political, and ecological crises. The USSocial Forum is committed in our struggle to build a powerful multi-racial, multi-sectoral, inter-generational, diverse, inclusive, internationalist movement that transforms this country and creates a new world. Individuals deeply moved by the Jackson-Kush Planwho are striving to see its vision of economic democracy realized launched Cooperation Jacksonin the fall of 2013.

For many people, the election of Barack Obama to the Presidency lent credibility to the argument that the United States is moving inexorably, if slowly and in fits and starts, towards a post-racial, color-blind society that affords equal opportunity to all. However, current conditions expose a starkly different reality for the vast majority of people of African descent.

In the 1950s and 1960s through the battles for Civil Rights and Black Liberation, Black people were seen by many to embody the historic high point of American ethics and the struggle for justice. But the ensuing decades have witnessed the consistent characterization of the descendants of enslaved Africans as an unemployable burden on society and the enforcement of what author Michelle Alexander calls “the New Jim Crow,” manifest in increasing criminalization, incarceration, expanding poverty, police brutality and denial of other human rights, including voting rights.

Read the rest of the article here.

The broad mission of Cooperation Jackson is to advance the development of economic democracy in Jackson, Mississippi by building a solidarity economy anchored by a network of cooperatives and other types of worker-owned and democratically self-managed enterprises.

Economic democracy provides economic empowerment for all workers, distributors, suppliers, consumers, communities and the general public by promoting universal access to common resources, democratizing the ownership of the means of production, and democratizing all the essential processes of production and distribution through worker self-management and sustainable consumption.

Solidarity economy includes a wide array of economic practices and initiatives that share common values – cooperation and sharing, social responsibility, sustainability, equity and justice. Instead of enforcing a culture of cutthroat competition, it builds cultures and communities of cooperation.

Our Purpose is to create:

THE MONDRAGÓN CORPORATION, A CORPORATION AND FEDERATION OF WORKER COOPERATIVES BASED IN THE BASQUE REGION OF SPAIN, IS THE LARGEST BUSINESS GROUP IN THE BASQUE COUNTRY AND THE TENTH LARGEST IN SPAIN. IT WAS FOUNDED IN 1956 BY A SMALL CORE GROUP OF STUDENTS AT A TECHNICAL COLLEGE. AS OF 2012, IT EMPLOYED 80,321 PEOPLE IN 289 COMPANIES AND ORGANIZATIONS IN THE FIELDS OF FINANCE, INDUSTRY, RETAIL AND KNOWLEDGE. THE BASQUE PEOPLE, AN OPPRESSED NATIONAL MINORITY WITHIN SPAIN, NOW HAVE ECONOMIC POWER IN THEIR OWN HOMELAND, BECAUSE COOPERATIVE PRINCIPLES OF ECONOMICS WORK.

A cooperative is an autonomous association of persons united voluntarily to meet their common economic, social, and cultural needs and aspirations through a jointly owned and democratically controlled enterprise.

Co-operatives are based on the values of self-help, self-responsibility, democracy, equality, equity and solidarity. In the tradition of their founders, co-operative members believe in the ethical values of honesty, openness, social responsibility and caring for others.

The cooperative principles are guidelines by which cooperatives put their values into practice. 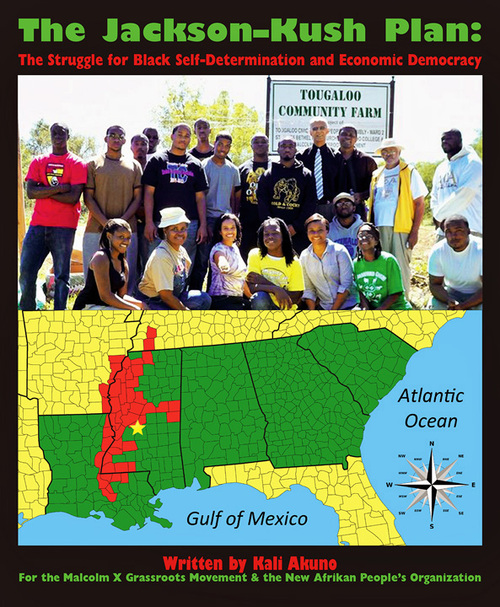 DONATE TO THE USSF-SAN JOSE 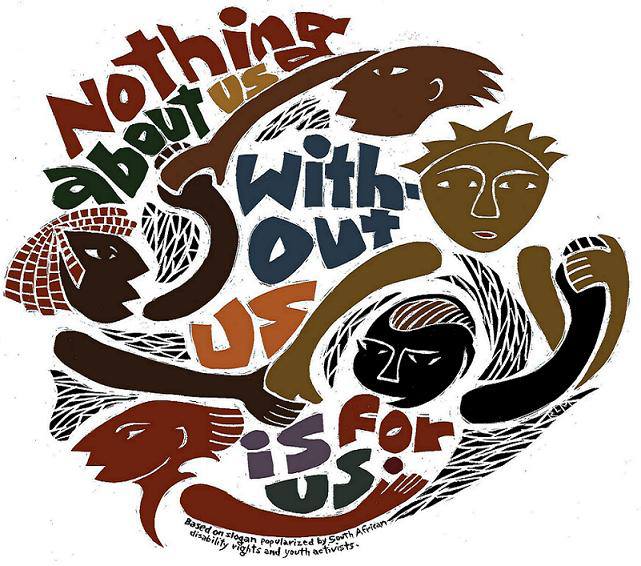 Nothing About Us WIthout US is FOR US 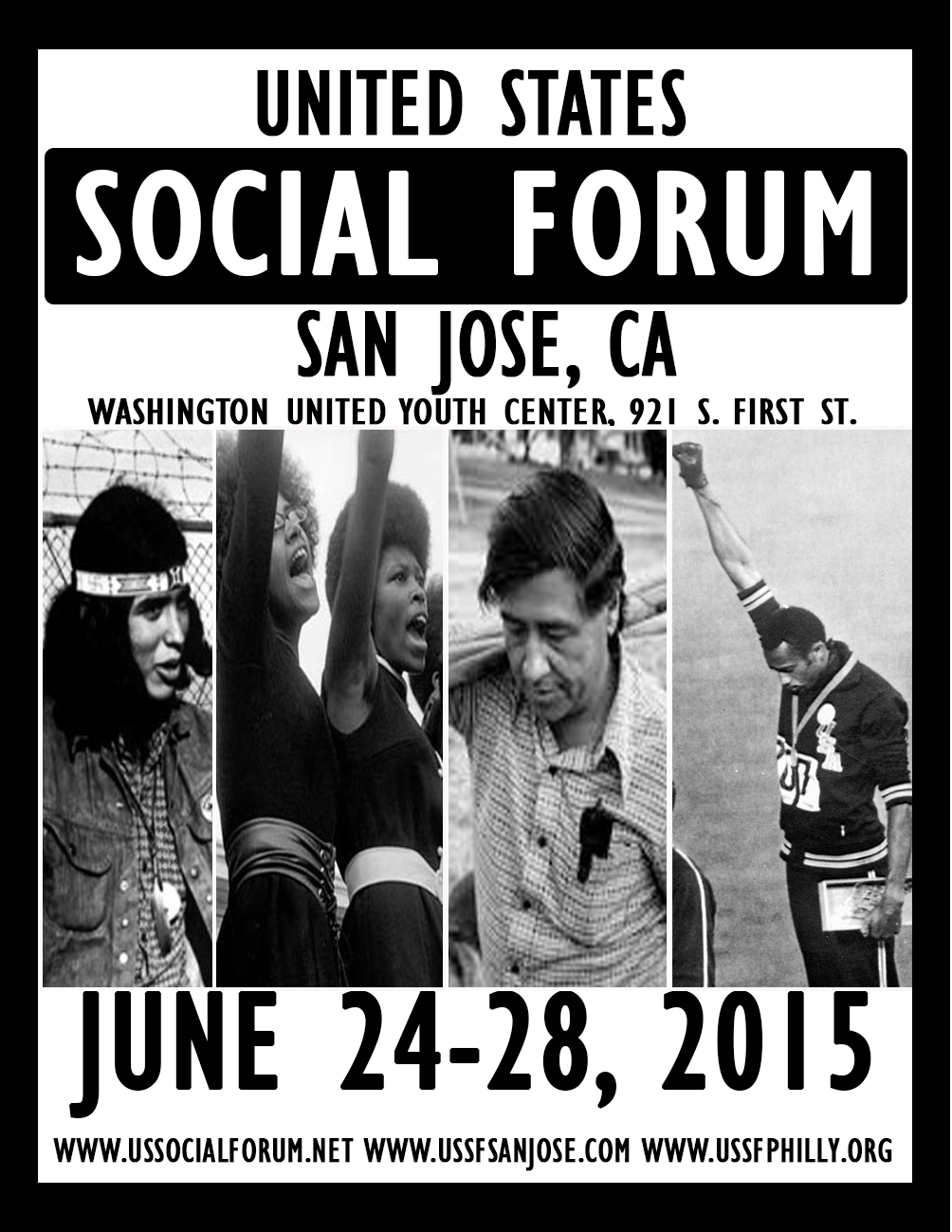 You can still register on site 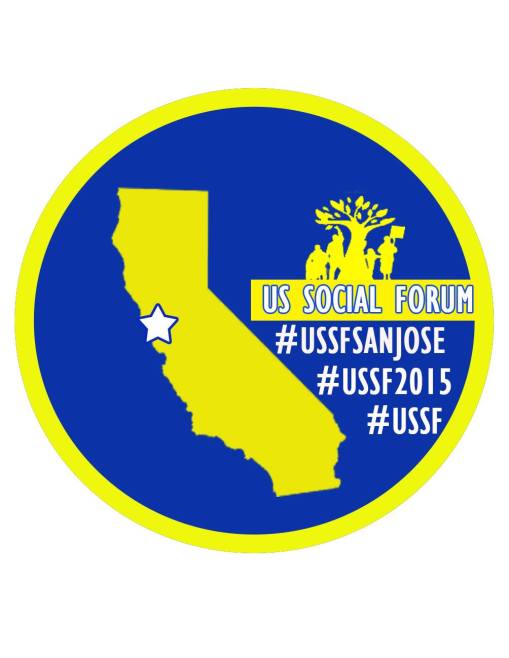 Learn More About What's Happening at the Edge of Silicon Valley 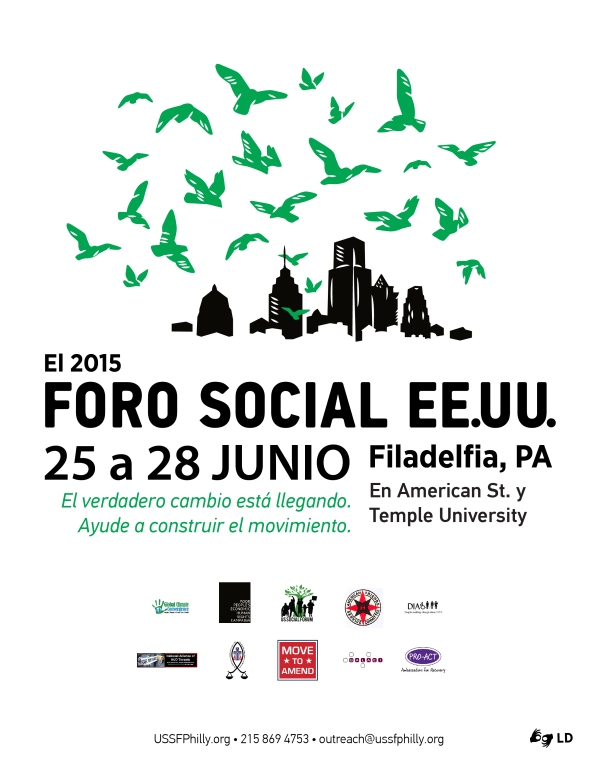 Your fight is our fight. 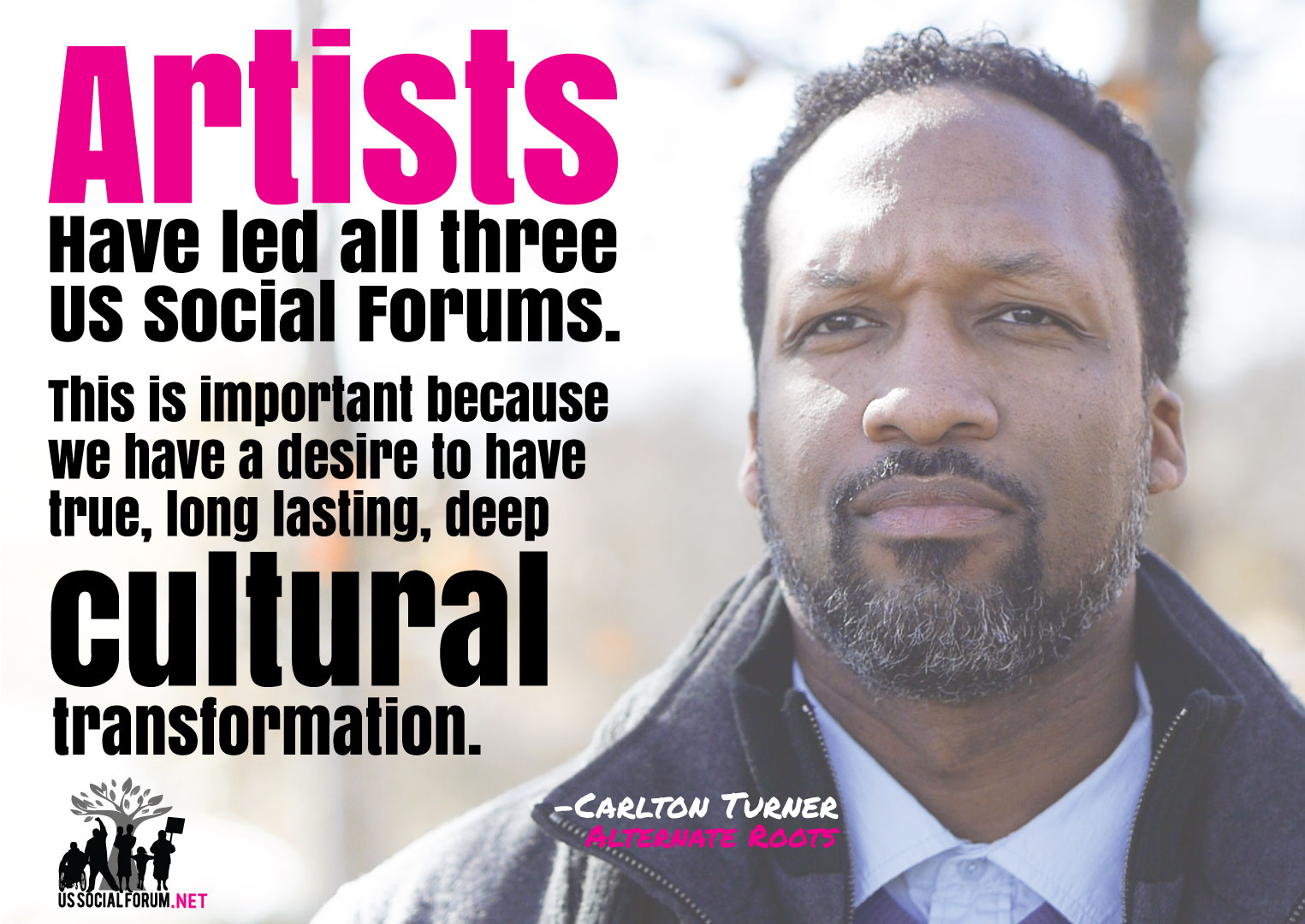 The Summer of Our Power

The Edge of Silicon Valley

What’s New in the USSF?

Join the Younger Generation at the US Social Forum

Connect with the US Social Forum